Suzy Swanson, a socially awkward 12-year-old, is convinced that Franny, her former best friend, was stung by a rare jellyfish. Why else would Franny, who was a good swimmer, have drowned? Her focus is a means of avoiding her grief and her guilt over what happened between her and Franny. Suzy’s hurt as a once-close friendship fell apart within the new social structure of middle school is revealed through flashbacks. Eventually, it led her to do something terrible to Franny on the last day of sixth grade. After Franny’s death, Suzy withdrew into silence. But the theory she develops about Franny’s death, which begins with a seventh-grade science project, ignites her. Through exacting scientific method, Suzy sets out to prove it’s true. Her need to believe this is poignant, while her fascination with jellyfish is genuine and deep in this nuanced, layered, beautifully realized novel about grief and its aftermath for one particular girl. Suzy is never labeled in the book—we know and understand her through her thoughts and behavior—although she appears to be on the autism spectrum. (Ages 10–13) 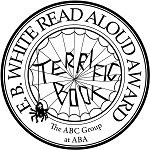