Hiawatha and the Peacemaker

by Robbie Robertson and David Shannon

Hiawatha is consumed by thoughts of revenge after his village is burned and his wife... read more

Hiawatha is consumed by thoughts of revenge after his village is burned and his wife and children killed by Onondaga Chief Tadoaho. Then a leader called the Peacemaker convinces him that unity, not fighting, is the path to take, and asks Hiawatha to help him carry his message of peace among the nations of the Iroquois. They travel in turn to the Cayuga, Seneca, Oneida, Mohawk, and finally, the Onondaga. On the journey, the Peacemaker meets skepticism and anger with quiet courage and soft-spoken wisdom and his cause is championed by the Clan Mothers. Eventually, Hiawatha’s thoughts of revenge are replaced by forgiveness. He meets his former enemy with understanding, helping Tadoaho defeat the evil that possesses him. Robbie Robertson’s emotionally rich retelling of the origin story of the Iroquois Confederacy he first heard as a child visiting his Mohawk and Cayuga relatives is vivid and compelling. Punctuating the longer narrative is a slightly varied, repeated refrain that gives the story the rhythm of a cumulative tale, this one drawn from history. A historical note explains that Hiawatha and the Peacemaker, a spiritual leader named Deganawida, are thought to have lived in the 14th century. The story is set against strong, beautifully rendered oil illustrations by David Shannon that respect rather than romanticize the characters. (Ages 8–11) 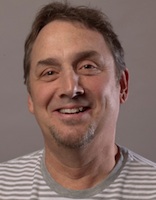