by Tomie dePaola and Jim Lewis

This is the first in a new series about a friendship between two children, a red-... read more

This is the first in a new series about a friendship between two children, a red- haired white girl and a brown-skinned boy. When Andy notices a new kid at his playground, he wonders about who she is, whether she has friends, and what she likes to do. Sandy (the new kid) in turn wonders the same things about Andy. The two play separately for a while, and finally get together on the seesaw. Short, simple, declarative sentences are written in large typeface. Clean, uncluttered illustrations offer plenty of picture clues. As an added bonus, the endpages show a map of the entire background, with Sandy’s house on one side and Andy’s on the other. (Ages 5–7) 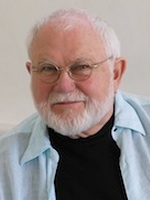