When I Am Happiest

by Rose Lagercrantz and Eva Eriksson

On the second-to-last day of her first year at school, Dani’s excitement about... read more

On the second-to-last day of her first year at school, Dani’s excitement about the next day’s festivities and her memories of things that happened over the school year—some happy, some not, but mostly happy because that’s what Dani likes thinking about—are interrupted when she’s called out of class. Her teacher gently explains that Dani’s dad has been hit by a car while riding his bike to work. When her grandma arrives, Dani wants to go to the hospital. But her dad’s unconscious, and they go to her grandparents’ house instead. Dani thinks she is like her dad, who doesn’t cry. But after a few hours in which not even her cousin Sven can distract her, Dani bursts into tears that won’t stop. She insists on seeing her dad even though the doctor says it might be scary. It is scary, and then reassuring: Dani’s dad wakes briefly and says her name. Afterward, a thoughtful but more carefree Dani wonders if it’s okay to be “a little bit happy” when your dad has been run over, and is excited at the prospect of spending the summer with her best friend Ella’s family while he recovers. A story set over a single day is superbly grounded moment by moment in Dani’s emotional experience. Occasional black-and-white illustrations complement the narrative. Dani has appeared in two prior chapter books by this author/illustrator team. (Ages 5–8) 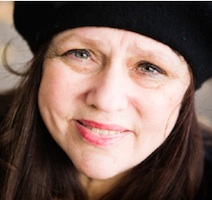