A pair of shoes is the constant among stories across decades in a novel that begins... read more

A pair of shoes is the constant among stories across decades in a novel that begins in Berlin in 1938. Dayla, the daughter of a Jewish cobbler, has made a pair of pale pink, embroidered shoes to wear when she eventually weds. In 2013, Ray and Pinney are runaways from a group home in Texas. Pinney, whose full name is Chopine, loves shoes. She wants to go to New York because she’s seen a picture of a tree full of lost shoes there. On it is the pair she’s sure her mother was wearing before her mother got lost. Ray is running away from embarrassment and hopelessness. She doesn’t want Pinney along, but Pinney has a way of attaching herself. On the trip, Pinney, who has Down syndrome, has brought along the pair of graying pale pink embroidered shoes that Ray stole from a thrift store and cast off in hurt and anger the night before they left. How the shoes got from then to now and there to here, what happened to Dayla, what happened to Ray and Pinney before they ever met, and what happens to them next are all revealed in this intricate, emotionally generous novel that invites readers to believe in a little of what Pinney thinks of as magic. (Age 13 and older) 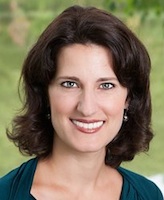