William Low’s dramatically illustrated picture book chronicles the rise and fall of New York City’s original Pennsylvania Railroad terminal, as well as Penn Station’s important place in the architectural and social history of the city. Low explores the building as both a work of architecture and a significant gathering place for trains and people alike in the first half of the twentieth century. His images convey a sense of intricate detail while capturing the sweeping expanse of the building and its role. Torn down in the mid–1960s to make way for Madison Square Garden, Penn Station’s demise was a wake up call for preservationists, who used its destruction as a rallying cry to save Grand Central Terminal in the 1970s. Most of Low’s illustrations were created on a computer using techniques that masterfully capture the warmth and texture of oil paintings. (Ages 6–10) 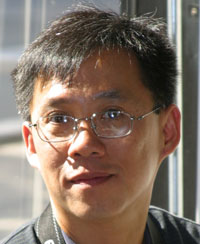