Fascinating: The Life of Leonard Nimoy

by Richard Michelson and Edel Rodriguez

The recent blockbuster Star Trek movies have created a new interest in the 1960s... read more

The recent blockbuster Star Trek movies have created a new interest in the 1960s television show and the actor who originally portrayed alien science officer Spock. Leonard Nimoy, the son of Russian immigrants, grew up in Boston in the 1940s. Interested in performing theater from childhood, Leonard also developed an early love for photography and worked at odd jobs to earn money to support his hobby. Eventually he moved to Hollywood, where he was a movie usher, soda jerk, and taxi driver before getting his first small part in a movie. Hired by Gene Roddenberry to play Spock in 1965, Nimoy realized the parallels between his parents’ immigrant position as aliens in the USA and the role of an extraterrestrial being and worked to create the character of an outsider. Intriguing details, such as the origin of the Vulcan hand greeting in a ritual Jewish Nimoy observed in boyhood visits to temple, as well as the author’s clear affection for his subject, add depth to this accessible biography. (Ages 8–12) 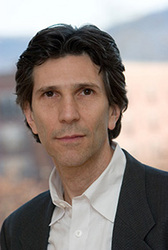 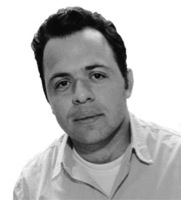