Stand Up and Sing!: Pete Seeger, Folk Music, and the Path to Justice

by Susanna Reich and Adam Gustavson

Pete Seeger used savings from his allowance to buy his first banjo when he was in... read more

Pete Seeger used savings from his allowance to buy his first banjo when he was in high school. Around the same time, he went to his first protests, marching with his middle-class father in workers’ parades during the Depression, attending gatherings where songs about workers’ rights were sung. Music and activism would continue to shape his life. This substantial picture book account follows Seeger’s journey through decades. His passionate involvement in causes such as union organizing, the Civil Rights Movement, and environmental issues helped make music one of the defining elements of those causes for many. At the same time, it was Pete’s genuine interest in and concern for people, and his ability to invite everyone to join in the song, that made him beloved. Ample quotes are incorporated into a text set against realistic illustrations in which well-known faces (e.g, Martin Luther King, Jr.) make occasional appearances. An author’s note and source material are part of the end matter. (Ages 5-9) 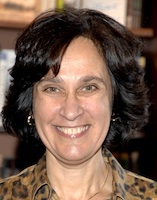