Sinking the Sultana: A Civil War Story of Imprisonment, Greed, and a Doomed Journey Home

More than 2,000 passengers were on board the steamboat Sultana in April 1865... read more

More than 2,000 passengers were on board the steamboat Sultana in April 1865 as it traveled up the Mississippi. The majority of them were Union soldiers recently released from Confederate prison camps heading north to be mustered out of the army. When one of the ship’s boilers exploded in the middle of the night, it marked the start of the worst maritime disaster in U.S. history. This gripping account provides context for this time in American history, but the narrative returns again and again to the hours leading up to and following the explosion. Those who weren’t killed in the blast ended up in the frigid Mississippi, some severely burned. People on shore and in other boats heard cries for help and did what they could to rescue survivors. In the aftermath, an investigation into what might have caused the blast and why so many were on board a boat authorized for 376 when the army left a second steamship empty are also chronicled. Older children and teens fascinated by the Titanic and other disaster accounts will be just as compelled by this one. A note on the author’s research, source notes, and glossary round out the volume. (Ages 10-14).

Meet-the-Author Recording with Sally M. Walker about Sinking the Sultana 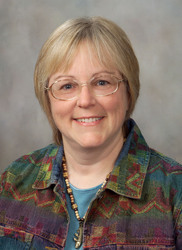