Peasprout Chen, 14, and her younger brother, Cricket, have been sent by the Empress... read more

Peasprout Chen, 14, and her younger brother, Cricket, have been sent by the Empress Dowager of Shin to attend the Pearl Famous Academy of Skate and Sword. Peasprout is already accomplished at Wu Liu, a martial art combining skating and kung fu. She’s certain she will be the best first-year at the Academy, representing Shin and the Empress Dowager with honor. But Suki, who will do whatever it takes to win, and the reserved, mysterious Doi, are equally gifted. Pearl is both a place and a substance—the entire city is made of its smooth surface on which everyone skates. But what is it? After Suki accuses Peasprout of being the Empress’s spy and someone starts sabotaging Academy training structures made of Pearl, suspicion falls on Peasprout, who is determined to uncover the real culprit. Only Doi and her twin brother Hisashi, whose father is in charge of repairs, stand by Peasprout as tensions and suspicion mount. Intrigue, action (they skate everywhere ), and a surprising, tender twist to the hint of romance are all part of this fantasy adventure that blends elements drawn from Chinese, Taiwanese, and Japanese cultures into an original setting and captivating boarding school story. Peasprout’s almost boundless confidence is part of the novel’s tremendous appeal. (Ages 9–12) 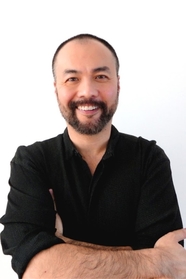 Created by Oscar The GameBoy