The Secret Kingdom: Nek Chand, a Changing India, and a Hidden World of Art

by Barb Rosenstock and Claire A. Nivola

Raised in a village in the Punjab region of Asia, Nek Chand Saini is surrounded by... read more

Raised in a village in the Punjab region of Asia, Nek Chand Saini is surrounded by stories told by his family members and traveling minstrels. Bursting with imagination and creativity, Nek constructs fantastical miniature worlds outdoors. A young adult when the Partition of India takes place in 1947, Nek flees his village with his family, resettling in the concrete city of Chandigarh, India. Longing for the life he left behind, Nek carves out a space in a swath of jungle on the edge of the city where he can create his own “village.” He spends years collecting discarded objects, remnants of the villages that once existed where Chandigarh now stands, and begins to build his “kingdom.” Nek creates an elaborate landscape of paved paths and mosaic walls with his found objects, populating it with dozens of sculptures of humans and animals. When his kingdom is discovered by the government after 15 years, they want to tear it down. The people of Chandigarh come to his rescue, persuading city officials to allow him to continue creating. A double gatefold of photographs of Nek’s expansive kingdom is the perfect culmination of this awe-inspiring artist’s story. (Ages 6–10)

Meet-the-Author Recording with Claire A. Nivola about The Secret Kingdom

Meet-the-Author Recording with Barb Rosenstock about The Secret Kingdom 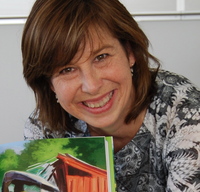 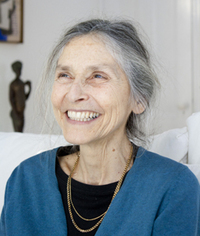 Meet-the-Author Recording with Claire A. Nivola

Created by Read is the New Black