by Cynthia Kadohata and Maurizio Zorat

The three things 11-year-old Conor loves most are hockey, his dad, and Sinbad, his... read more

The three things 11-year-old Conor loves most are hockey, his dad, and Sinbad, his Doberman rescue. After Sinbad is diagnosed with cancer, Conor’s dad tells Conor not to give up his dream of being on the AAA team, although they stop private lessons to better afford Sinbad’s treatment, which the vet has made clear will only prolong his pet’s quality of life. Conor can’t imagine losing Sinbad, but he’s also worried about his dad, who still seems sad since his divorce from Conor’s stepmom, and whose job as a police traffic officer is stressful even without the financial worries. Finely developed characters and nuanced, meaningful relationships are at the heart of a story about finding acceptance, not answers, and embracing opportunities and change even when they’re scary, like reconnecting with the Japanese American grandparents Conor hasn’t seen since he was young. An abundance of hockey action and the friendships Conor has formed through the sport, as well his struggles with reading his playbook and his natural gift for seeing and understanding the patterns of play on ice, are a seamless part of a narrative in Conor’s open, appealing first-person voice. (Ages 8–11) 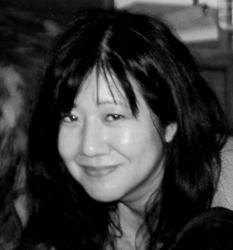