The Same Stuff as Stars

With her daddy in jail and her Verna, her mother, unpredictable and unreliable, it’s... read more

With her daddy in jail and her Verna, her mother, unpredictable and unreliable, it’s eleven-year-old Angel who’s learned to be the responsible one in her family. When Verna leaves Angel and Bernie, with Grandma, whom Angel barely remembers, Angel tries to convince herself her mother will be back. Grandma is poor—even poorer than Angel and Bernie and Verna had been. In her cupboard are peaches and beans. That’s all. And Grandma is clearly not thrilled at Angel and Bernie’s presence. Angel is angry at Verna one moment, and heartbroken the next at the thought that she’s been abandoned. Her only solace comes in looking at the stars. And it is in Grandma’s yard on a dark, clear night that she meets the star man, whose telescope, and whose knowledge of stars, opens Angel’s eyes and mind to the possibilities of the universe. The star man’s mysterious presence—he lives in a trailer in Grandma’s yard but she never sees him by day—is the first of many discoveries that Angel makes. At the library there is the elderly Miss Liza, who feeds Angel’s hunger for information about the stars with books, and introduces Bernie to the delight that reading can be. At home there is Grandma, gruff and blunt, unsure of how to love, uncapable of caring for Angel and Bernie, but gradually proving herself willing to try. And there is the real identity of the star man and why he is so reclusive, a truth that reaches into family history so clouded by pain and regret that Angel can only wonder at the ways in which people hurt one another without trying. Katherine Paterson’s finely told story offers literary richness and a resilient young protagonist. Honor Book, CCBC Newbery Award Discussion (Ages 10-14) 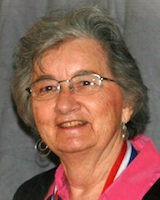