The Language of Spells

by Garret Weyr and Katie Harnett

Benevolentia Gaudium, or “Grisha,” is a 300-year-old dragon, although... read more

Benevolentia Gaudium, or “Grisha,” is a 300-year-old dragon, although he spent much of his life as a teapot after being captured by a sorcerer at 60 and transformed. But the teapot’s second owner recognized Grisha for what he was and kindly restored him to his original dragon state. Grisha is now living in Vienna, where all remaining dragons were exiled after the World War II. Maggie is an 11-year-old, homeschooled human who lives in a hotel with her father. Maggie is friendless, but when she and Grisha meet they quickly grow fond of each other. Grisha is delighted that Maggie can see him at all; most humans no longer have time or need for magic and therefore cannot see magical creatures. When Grisha discovers over 70 dragons were put to sleep and buried somewhere in the city after the war (gold-eyed dragons like Grisha were allowed to live in the overcrowded city; purple-eyed dragons were put under a spell), he and Maggie, armed with a strong sense of justice and rudimentary knowledge of magic, set out to find, awaken, and free the missing creatures. Grisha and Maggie have skills, talents, and personalities that complement one another beautifully, while their shared commitment to justice extends to sacrificing the thing they value most. (Ages 8–12) 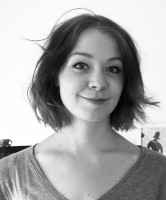