Michigan State University’s Kay Holekamp’s 30 years of research on the spotted hyena has revealed that the species doesn’t deserve the negative stereotype of sly scavenger it is so often assigned. Her field work in Masai Mara, Kenya, using a non-threatening observation method, has expanded scientific knowledge of the animal’s hunting behavior, vocalizations, and clan social structure. Chapters describing daily observation outings are interspersed with fascinating spotlights on the humans involved, including Kay’s path to her current expert status, her diverse crew of young American students, a Kenyan research assistant, and the extraordinary chain of events that brought 69-year-old Dee, a one-time zookeeper (and supervisor of Kay’s high school internship) to her job as data manager and assistant on the hyena study. Abundant photographs highlight the hyenas and their habitat, as well as the scientists at work. (Ages 9–13) 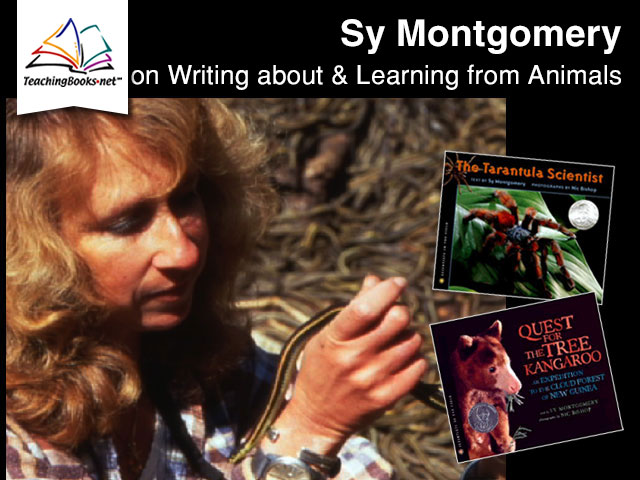 Tenacity and Ethics of Scientific Photography by Nic Bishop

Discussion and Activity Guide from Harcourt