Salvador Vidón recently moved from Connecticut to Miami with his Papi (a calamity... read more

Salvador Vidón recently moved from Connecticut to Miami with his Papi (a calamity physicist), and his white “American Stepmom” (a vice principal). Every student at his new progressive arts school has a passion. Sal’s is magic, but he has a secret talent, too: the ability to extract people and objects from parallel universes. This includes versions of his late mother, whom he calls Mami Muerta, and she’s causing tension at home (most Mami Muertas haven’t been happy about American Stepmom). When Sal opens a portal in the locker of Yasmany, a bully, and extracts a dead chicken, he’s introduced to Gabi Reál in the principal’s office. She’s the smartest kid in school, and determined to discover Sal’s secret. As Sal gets to know Gabi and her family—mother, multiple dads, and infant brother, who’s sick and in the NICU—he’s also considering the loss of his mom, whom, he realizes, he’ll never bring back exactly as he knew her, and making deeper connections with his family now. He’s also making other friends, including, surprisingly, Yasmany. Full of action, kid-centered humor, and warmth, this clever science fiction novel grounded in Cuban culture and Cuban humor is told in Sal’s hilarious deadpan voice. Sal also has Type 1 diabetes; how he lives with this is treated as an everyday fact of his life in this first volume in a new series. (Ages 10-13) 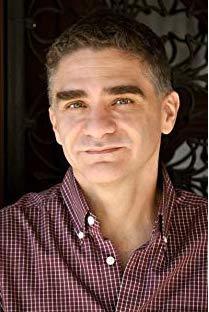