An engaging picture book tells the fascinating story of William Lewis, an enslaved African American blacksmith who rented himself out, saving his earnings until he could buy his own freedom, then opened his own shop and earned enough money over 26 years to buy the freedom of all of his family members. The superbly written narrative focuses on Lewis’s talent and perseverance, using occasional onomatopoeia (“Clang! Clang!” / “Ding! Ching!”) to represent the endless hours of work in his blacksmith shop. Dynamic acrylic illustrations filled with details of the time period vividly capture the emotion on the faces of Lewis’s family members as they are freed (or left behind as someone else is freed, their own moment of liberty not yet come). The author’s sources tell how she pieced together the story of this remarkable man who was all but forgotten save for a historical marker in Chattanooga, Tennessee, using interviews, personal correspondence, newspaper articles, census records, court minutes, and historical documents such as wills and slave deeds. (Ages 7–10) 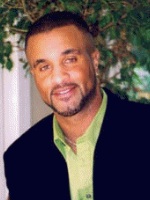