The Year We Fell from Space

Liberty Johansen knows that her dad has depression and sometimes struggles to function,... read more

Liberty Johansen knows that her dad has depression and sometimes struggles to function, but she and her younger sister, Jilly, don’t expect him to disappear from their lives after he moves out following the news their parents are divorcing. Liberty, 12, finds consolation under the stars. When Lib sees a meteor fall near her home, the small, heavy rock becomes her confidant; she confesses things to it that she doesn’t want to admit to her mom, including the belief that her parents will reunite. When their dad finally begins spending time with them again, the discovery he has a girlfriend doesn’t change Lib’s hope that her parents will get back together, even though she’s starting to understand her mom is not necessarily unhappy. Overwhelmed by her feelings at home and at school, where a classmate has ostracized her and her own actions have been less than admirable, Lib begins to worry that she, too, has depression. Messy emotions, complicated family relationships, and the way things not talked about grow bigger and harder to handle, are beautifully explored in a novel full of small, vivid details and that sees Lib, who is white, finding hope and help, not only in honest discussion with her parents, but through the therapist she begins to see. (Ages 9–12) 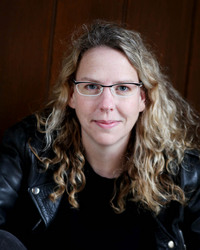 Created by The Michigan Daily