The Electric War: Edison, Tesla, Westinghouse, and the Race to Light the World

An extensive history of three brilliant inventors reveals the high stakes and drama involved in the development of electricity during the late 19th century. Thomas Edison, already a beloved celebrity by the time he became known for a commercially viable lightbulb, was a staunch advocate for direct current (DC). When Nikola Tesla told Edison his idea for the less expensive and more sustainable alternating current (AC), Edison rejected it and continued his attempt to light Manhattan using DC. George Westinghouse, a keen, competitive, and unusually humane businessman, teamed up with Tesla to develop AC and use it to successfully light multiple cities. Furious, Edison retaliated by starting a rumor campaign asserting that AC was dangerous and convincing the inventor of the electric chair to use AC rather than DC power, thus equating AC with death in the public’s eye. The race between AC and DC continued, with the players competing to light a world’s fair before one form of current finally pulled ahead. Meticulous research and a compelling story make this a fascinating, accessible bit of history. (Age 12 and older) 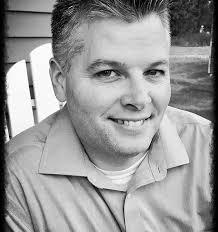 by Franck Prévot and Aurelia Fronty

by Jack Andraka and Matthew Lysiak

by Barb Rosenstock and S.D. Schindler

by Laurie Wallmark and April Chu

Solving the Puzzle Under the Sea

by Robert Burleigh and Raúl Colón