Eleven-year-old Joseph Hanada is playing basketball with his best friend on December 7, 1941, when his world begins to unravel as news of the Japanese attack on Pearl Harbor shocks the United States. By the end of the day, Joe’s dad, a leader in the Japanese American community in their Washington State city, has been arrested by the FBI. It will be three years before Joe sees him again. The occasional haiku that punctuate Joe’s first-person narrative are believable as the work of a practiced child and reveal the essence of Joe’s hurt, anger, and confusion as his family endures painful and shocking changes. Joe and his family are confronted with the suddenly suspicious, even hateful attitudes of many of their neighbors and the increasingly oppressive actions of the U.S. government, which eventually lead to their imprisonment along with thousands of others of Japanese descent. A marble player, Joseph thinks of President Roosevelt signing Executive Order #9066 and writes: “Hate whispers in his / Ear. Puries here, cat’s eyes there.” Eventually, Joe ends up at the Tule Lake Relocation Center in California with his mother, grandmother, and older brother, Mike. Joe’s keen observations of his own feelings, as well as of people and places, reveal many aspects of life for Japanese Americans before and during World War II, from laws that prevented Isei from owning land before the war, to the ongoing struggle among Japanese Americans to join the war effort, to the differing viewpoints among Japanese Americans, who were by no means a homogenous group socially or politically. Words and ideas locked up Joseph and his family. But it is words and ideas that help Joseph maintain his sense of self and dignity throughout their ordeal. (Ages 10–13) 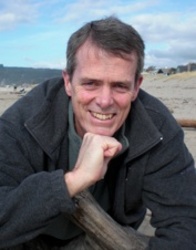 Created by One Book Two Villages