The Only Black Girls in Town

Alberta lives in the small, tourist town of Ewing Beach, California, with her dads.... read more

Alberta lives in the small, tourist town of Ewing Beach, California, with her dads. She loves to surf, and often goes to the beach with her best friend, Laramie, who is white. Alberta’s is the only Black family in town, so she’s excited when Edie and her mom move in across the street. Edie, also Black, is from Brooklyn. As different as Alberta and Edie’s lives have been, they hit it off. When Edie finds old journals from a woman named Constance in the attic of her house--among a number of things left behind--she and Alberta are soon caught up in the narrative. Written in the 1950s and early 1960s, Constance’s journals gradually make clear she was a Black woman passing as white, and the girls are determined to find out what happened to her. Meanwhile, as so often is the case when a third person enters the mix, Alberta is finding it difficult to balance her old friendship with Laramie and her new friendship with Edie, a challenge further complicated by racial dynamics in their town, and in their friendships, that can’t be ignored. All three girls are interesting and complex in an engaging story that gives them permission to be themselves, even as they are expanding their understanding of who they are and how they choose to be in the world. (Ages 9-12) 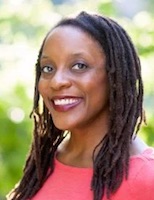 Invitation to Imagine from Brandy Colbert

by Claribel A. Ortega

by Suzanne Slade and Cozbi A. Cabrera

by Kara LaReau and Matthew Cordell

From the Desk of Zoe Washington

by Lois Lowry and Kenard Pak