by Zetta Elliott and Geneva Bowers

Kavita stole a baby dragon—so irresistible!—but now she’s in over her head. It turns out cute and easy to care for aren’t synonymous. With the help of her honorary Aunty, she’s trying to return it to the realm of magic. Jaxon, is not only trying to find Kavita and the dragon to undo the mess Kavita made when she stole it, but he’s concerned about Ma, his mentor, who hasn’t awakened since they returned from their journey through space and time in an effort to get three baby dragons home. Jaxon partners with his best friend Vik, Kavita’s big brother, and the two gain an unlikely ally in Kenny, a classmate who isn’t the bully they thought he was, as they search for Kavita and the dragon, and for a gate that will gain them reentry to the realm of magic. This sequel to Dragons in a Bag features a diverse, genuine, and appealing cast: Kavita and Vik are Indian American, Jaxon is African American, Kenny is white, Aunty is Siddi (Indian African). The contemporary setting in Brooklyn/New York City and quirky and intriguing magical characters are equally appealing, too. (Ages 7–10) 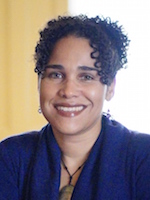