by Paul Fleischman and Kevin Hawkes

Wesley’s distinctive tastes make him an outcast at school and in his neighborhood.... read more

Wesley’s distinctive tastes make him an outcast at school and in his neighborhood. Even his parents are worried about his distaste for pizza and football. After studying ancient civilizations in school, Wesley gets a brilliant idea: he’ll create his own civilization and live off the land in his own backyard. Throughout the summer his civilization, called Weslandia, thrives: he grows his own food, makes his own clothes, builds a house, and even invents his own sport. Before long, all the other neighborhood kids want to join him. This original story, effectively illustrated in a realistic style, is the ultimate child’s fantasy: to live independently, to make your own rules, to be wildly successful, and to win the respect and admiration of those who had made fun of you. (Ages 6-9) 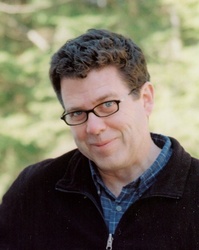