Genius: A Photobiography of Albert Einstein

“I have no special talents. I am only passionately curious.” While many... read more

“I have no special talents. I am only passionately curious.” While many might argue with Albert Einstein’s modest assessment of his abilities, Marfé Delano’s engaging biography clearly conveys that it was his passionate curiosity that drove him to make extraordinary discoveries about the universe. As a child bored by the rigid, rote learning emphasized in most German schools, Einstein focused his energy on the things he cared about, especially math and science. As a young adult, he worked a job in a patent office and did his scientific research in his spare time. His greatest discoveries—his two theories of relativity (yes, two—clearly explained so that the essence of each is understandable)—were made before he was 40, but he continued to pursue other theories for the rest of his life, always driven by the desire to understand. Other passions drove Einstein as well, among them pacifism and the need for tolerance. Readers will discover how Einstein saw the world, and to some extent how the world saw Einstein, in this beautifully designed volume that features many black-and-white photographs of Einstein, often accompanied by his inspiring quotes about the nature of his beliefs, or set against the backdrop of his work. (Ages 10–13) 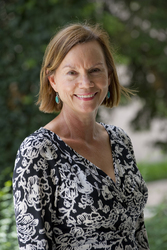