by Eric Walters and Eva Campbell

A charming picture book set in Kenya blends a contemporary story with a traditional,... read more

A charming picture book set in Kenya blends a contemporary story with a traditional, humorous Kamba tale. Kioko is riding on a matatu for the first time and notices a dog chasing the bus after he and his grandfather board and it pulls away. Later, he sees goats running away from the matutu, while sheep pay no attention at all as it passes by. Kioko’s observations prompt his grandfather’s comical account of a dog, a goat, and a sheep who were riding on a matatu. The dog overpaid his fare. The goat sneaked off without paying anything. And the sheep paid with exact change. As a result, dogs still chase matatus hoping to get their change. Goats run away from them to avoid paying the fare they owe. And sheep ignore the bus, having nothing to gain or lose. The warm relationship between Kioko and his grandfather is wonderfully realized through dialogue and small moments in Eric Walters’s lively story that also has the grandfather engaging other passengers as he tells the amusing tale. Eva Campbell’s colorful illustrations distinguish between the contemporary and folkloric characters in the story. (Ages 5–8) 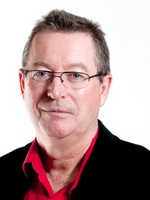 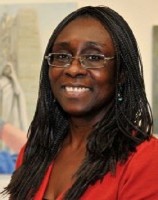