Aristotle and Dante Discover the Secrets of the Universe

Fifteen-year-old Ari is a loner. So he’s surprised when he becomes friends... read more

Fifteen-year-old Ari is a loner. So he’s surprised when he becomes friends with smart, open-hearted Dante. They spend most of their free time together during the summer of 1987 in El Paso where they live. In the fall, Dante heads off to Chicago where his father is doing a visiting professorship. It’s in a letter to Ari that Dante reveals he’s gay, and Ari takes it in stride for the most part, even letting Dante kiss him once on a visit home. Reunited during the summer of 1988, the two hang out when they aren’t working. Meanwhile, Ari finds himself growing more and more angry at the silence in his family surrounding his older brother, Bernardo, who’s been in prison since Ari was four. Ari’s learned to swallow all his questions, so powerful is the unspoken message that the topic is forbidden. Then Dante is beaten up after a group of boys catch him kissing another boy. Enraged, Ari tracks one of the boys down and breaks his nose—all of the frustration and anger he feels coming out in the powerful punch. It’s a wake-up call for Ari’s parents, who make an effort to talk—about Bernardo and why he went to prison, and about Ari himself, encouraging him to stop hiding the truth about his feelings for Dante. That scene may be the only false note in a novel distinguished by gorgeous writing and extraordinary characterizations as it illuminates the friendship between the two teens—one who discovers he’s gay, one who knows it—from working-class and upper-middle-class Mexican American families. (Age 14 and older) 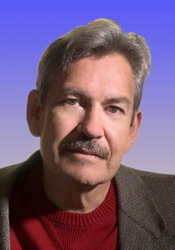 Blog for Benjamin Alire Sáenz: Live from the Border 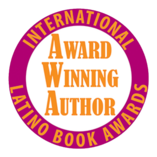