Sixteen-year-old Austin Szerba, living in the small town of Ealing, Iowa, has a problem:... read more

Sixteen-year-old Austin Szerba, living in the small town of Ealing, Iowa, has a problem: He’s in love with two different people. One of them is his girlfriend, Shann Collins. The other is his best friend, Robby Brees. He hasn’t told anyone about his feelings for Robby, but he thinks about having sex with Robby, as well as with Shann. A lot. Early on, Andrew Smith’s novel is notable for its deft and sensitive handling of these deeply held feelings in the voice of an irreverent and funny adolescent narrator. And then come the Unstoppable Soldiers. They’re an invading army of giant grasshopper-like creatures that emerge from humans who’ve been infected with a virus developed decades before in a now-defunct research laboratory outside Ealing. Austin describes the series of events that unleash the virus and what happens afterward in a narrative that seamlessly weaves the end of the world as we know it into the story of his simultaneous love for two people that the world as we know it will not allow. It’s a sophisticated, stellar blend of science fiction, social commentary, and adolescent angst. It’s also a B-movie horror tale that makes fun of B movies, and an adolescent fantasy with characters that are surprisingly multidimensional and nuanced. Austin’s account invites readers to question society and individuals, humanity and history, and even — or especially — the reliability and perspective of the narrator telling the story. Smith’s novel is smart, entertaining, and challenging in all the best ways. (Age 14 and older) 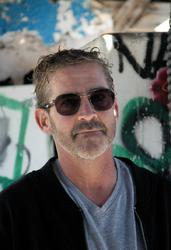 Created by Scott Reads It