Inside Biosphere 2: Earth Science Under Glass

Located in the Arizona desert, Biosphere 2 was originally the site off an early 1990s... read more

Located in the Arizona desert, Biosphere 2 was originally the site off an early 1990s experiment in which eight scientists lived together within its walls, raising their own food and studying various elements of both the ecosystems and their own survival. It is now the venue for various experiments in the differing biosystems that provide information related to how the earth responds to climate change, among other things. Current scientists use the Biosphere’s controlled environment to study how trees in the rainforest respond to drought and carbon dioxide saturation, how long it takes rock to break into to soil, and how water moving through a watershed impacts this. An ongoing, system-wide study in alternative energy determines the best underlayment to maximize solar panel production and how to capture systems for watering. Brief sidebar Flashbacks give glimpses into the ever-fascinating living experiment of Biosphere’s early days in the 1990s. (Ages 10–15) 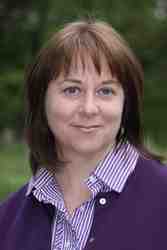