The Boys in the Boat: The True Story of an American Team's Epic Journey to Win Gold at the 1936 Olympics

The personal story of Joe Rantz and the collective story of the University of Washington... read more

The personal story of Joe Rantz and the collective story of the University of Washington rowers who became the U.S. gold-medal winning team at the 1936 Berlin Olympics are interwoven in this captivating work. Rantz grew up in a family hit hard by the Depression and by tragedy. On his own at age 15, he worked his way to Seattle, was admitted to the University of Washington, and tried out for the rowing program as it was beginning to excel. Unlike members of elite rowing teams from the east coast, Rantz and his fellow rowers were primarily working class young men and some, like Rantz, could take nothing for granted. The contrast when they traveled east for big races was obvious and undeniable, but their hard work, and developing teamwork under coaches committed to making them the best, eventually earned them the right to represent the country. This fine adaptation of a book originally published for adults will be satisfying on numerous levels for middle and high school readers, not the least of which is as a sports story with riveting accounts of numerous races. (Age 11 and older) 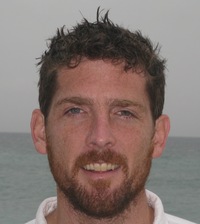