In the mid-19th century, Alfred Ely Beach came up with an idea to help solve New... read more

In the mid-19th century, Alfred Ely Beach came up with an idea to help solve New York City’s congested streets: an underground train. Because it was unlikely to be approved he instead proposed building a system of underground tubes to carry mail. Once he had permission for that project, Beach hired workers to secretly dig a tunnel big enough for a train. After almost two months, the tunnel was 8 feet across and 294 feet long. More workers painted and decorated the interior, and then Beach invited local dignitaries and the general public to experience the “train of the future.” It was a sensation, but Beach was refused permission to expand. Before long the secret subway lay dormant—forgotten for 40 years until it was discovered by workers digging a tunnel for the New York City subway system. Shana Corey used primary source documents to uncover this buried bit of fascinating history engagingly recounted. Artist Chris Sickels of Red Nose Studio constructed intricate three-dimensional tableaus that aptly convey the depth of the subterranean world. The interior of the dust jacket provides an illustrated guide to how the book’s artwork was created, from research to sketches to construction to photography, a story almost as interesting as the subway itself. (Ages 7–11) 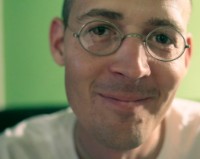