This Is Just a Test

A late Cold War, made-for-television movie called The Day After, which imagines what happens in a small U.S. town after a nuclear bomb is dropped, leaves seventh-grader David Horowitz upset and unsettled the fall of 1983. Until the movie, his greatest worry was his upcoming bar mitzvah. Now it’s the end of the world. Then again, he’s sometimes just as worried about things exploding in his own home, where his Chinese maternal grandmother, Wai Po, who lives with his family, and his Jewish paternal grandmother, who moved from New Jersey to around the corner after Wai Po moved in, are often at odds in quietly cutting ways. David’s also trying to navigate a new friendship with Scott, a boy who teamed up with David and David’s longtime best friend, Hector, for a trivia contest. They won. Now Scott, who also saw The Day After, has invited David to help him dig a fall-out shelter, and has made it patently clear Hector, who is far from being a cool kid, is not included. Authentic characters, genuine relationships (for better and worse), tension, and humor all combine to make this story about family and friendship and David’s struggle for peace in his own life pleasurable, poignant, and immensely satisfying. (Ages 9-12) 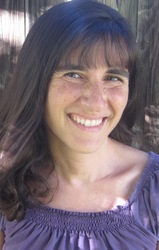