A Wonder Woman first adventure story opens with Diana among her Amazon community on their island. Breaking the rule of coming in contact with the human world, Diana puts everyone she loves at risk when she saves teenage Alia after the boat on which she was sailing explodes off the coast. When the Oracle reveals Alia is a descendent of Helen of Troy, a Warbringer who will usher in a new age of war among humans unless she is purified in the waters near where Helen rests, Diana believes she has no choice but to take Alia there. Alia, until then unaware of her fated role, just wants to go home to New York. To Diana’s dismay, that’s exactly where they end up. Diana is trying to make sense of the human world—and humans—while keeping Alia safe after it becomes clear others know her identity and intend to kill her. Chapters alternating between Diana and Alia—both distinctive, strong-willed characters—describe this hero’s quest as Diana, Alia, Alia’s brother Jason, and their friends Nim and Theo try to avoid assassins while making their way to Greece and locating Helen’s burial site. Biracial (Black/white) siblings Alia and Jason’s wealth and high-tech family business ease some aspects of the journey and complicate others in this story full intrigue, action, and humor. (Age 11 and older) 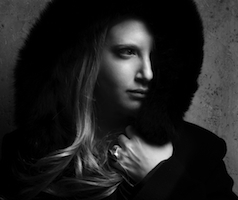