The First Rule of Punk

Malú and her mom have moved from New York to Chicago for her mom’s two-... read more

Malú and her mom have moved from New York to Chicago for her mom’s two- year visiting professorship. Mixed-race (Mexican/white) Malú, whose parents are amicably divorced, is unhappy about leaving her dad, who nurtured her interest in punk. She also feels like her mom, whom she calls SuperMexican, wants her to be a perfect señorita, which couldn’t be further from Malú’s understanding of herself (or, it turns out, the truth). Expressing her punk identity with heavy make-up the first day at José Guadalupe Posada Middle School doesn’t just raise her mom’s eyebrows, however: Malú’s in violation of school rules. The mom of Malú’s new friend, Joe, introduces Malú to Mexican American punk musicians—something Malú didn’t know existed— and other Mexican singers. Malú recruits Joe and two other kids to form a punk band and try out for the school talent show. When the principal rejects their act, Malú and her bandmates organize an alternate talent show in the spirt of their school’s namesake while reworking a classic Mexican song into a punk performance that brings together the parts of Malú’s identity she once thought were disparate. Malú’s zines exploring aspects of her personal history and culture add a rich visual dimension to a spirited, engaging story about a creative, irrepressible girl navigating uncertainties and making new connections and discoveries. (Ages 9-12).

Meet-the-Author Recording with Celia C. Pérez about The First Rule of Punk 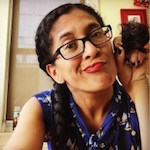 View on Association for Library Service to Children - ALSC Share

Created by Change the Rotation 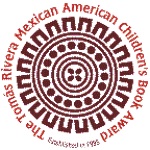