Vivvy loves the Riot Grrrl bands and zines of her mother’s youth, but unlike... read more

Vivvy loves the Riot Grrrl bands and zines of her mother’s youth, but unlike her mom at 16, Vivvy is not a wave-maker or rule-breaker in her small east Texas town, until anger at the rampant sexism at her school spurs her to action. Vivvy creates an anonymous zine, Moxie, calling out the sexism—some of it verbal, some of it physical, some of it psychological, all of it an assault. New student Lucy, an avowed feminist, loves Moxie, while Vivvy’s best friend Claudia finds the word “feminist” too much and the Moxie calls to action useless. New boy Seth, on whom Vivvy has a crush, sees Vivvy placing copies of Moxie in the bathrooms, but he keeps her secret and romance blossoms. Moxie begins to illuminate and then bridge divides of race and class as many different girls begin to embrace the anonymous zine and the Moxie movement slowly grows. The sexism at Vivvy’s school—insidious and infuriating—is both believable in the context of this story and also symbolic of the sexism in our society as a whole: It is systemic in scope; takes myriad forms; is too rarely acknowledged or challenged; has an impact that is achingly personal; those who fight back face repercussions; and every additional voice adds power to the call for change. Mathieu’s narrative is fierce and inspiring, while her nuanced characters and the complexity of their relationships ground the story. (Age 13 and older) 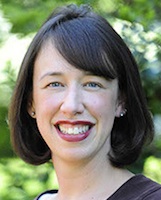 Created by A Thousand Words