The Princess and the Warrior: A Tale of Two Volcanoes

The princess Izta is known for her beauty but rejects all suitors until the warrior... read more

The princess Izta is known for her beauty but rejects all suitors until the warrior Popoca compliments her kind and beautiful heart. Her father admires Popoca’s bravery as a solider but hoped his daughter would marry a ruler. Still, he agrees Popoca may have Izta’s hand in marriage after defeating Jaguar Claw, ruler of a neighboring land. Jaguar Claw tricks Izta into thinking Popoca is dead and gives her poison. Popoca, finding his beloved in a sleep from which he cannot wake her, does not leave her side, even as the snows begin to fall. Their two snow-covered forms eventually become two volcanoes. This traditional Aztec legend of eternal love is also an origin story for two volcanoes, Iztaccíhuatl and Popocatépetl, located south of Mexico City. This spirited retelling weaves in original elements and Nahuatl words—“the language Popoca and Izta would have spoken.” An informative author’s note places this version in the context of many others, and of various forms of art created to honor the two volcanoes. A glossary defining the Nahuatl words is also included. Tonatiuh’s singular illustrations, inspired by Mixtec codices, provide striking visual accompaniment. Highly Commended, 2017 Charlotte Zolotow Award (Ages 6–9)

TeachingBooks Guest Blogger: Duncan Tonatiuh “Honoring the Past, Looking Towards the Future: Creating THE PRINCESS AND THE WARRIOR” 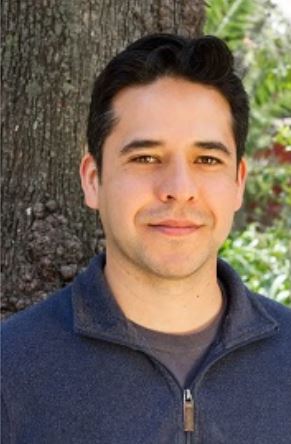 TeachingBooks Guest Blogger: Duncan Tonatiuh “Honoring the Past, Looking Towards the Future: Creating THE PRINCESS AND THE WARRIOR”

Created by Read It Real Good