Living on her family’s ranch in Mexico in the years following the Revolution,... read more

Living on her family’s ranch in Mexico in the years following the Revolution, 12‑year‑old Esperanza has always had all the material things she could want. More important, she has had the love and devotion of her parents. But on the eve of her 13th birthday, Esperanza’s world is shattered when bandits kill her father. With the help of a Zapotec Indian family, Esperanza and her mother flee to the United States, escaping Esperanza’s despicable uncles, who now own their land. Thousands upon thousands of workers have come to California looking for work during the Great Depression. Esperanza’s mother tells her daughter they must be grateful for the shelter and the jobs they have found in a field labor camp. But Esperanza’s privileged childhood has not prepared her for the harsh, overcrowded conditions, nor for the housework and childcare she is expected to do. Initially determined to succeed at her tasks as a matter of pride, Esperanza soon develops a fierce determination based on more compelling need. She wants to provide for her mother, who has fallen ill. But the generosity, hopes, and heartbreak Esperanza witnesses among the workers, who live with dignity in almost unbearable conditions--teach her that the fate of many cannot be isolated from the fate of one. Pam Muñoz Ryan’s novel, inspired by events in the life of her grandmother, deftly weaves social issues into a novel that is first and foremost a compelling story of family and coming of age. (Ages 10‑14) 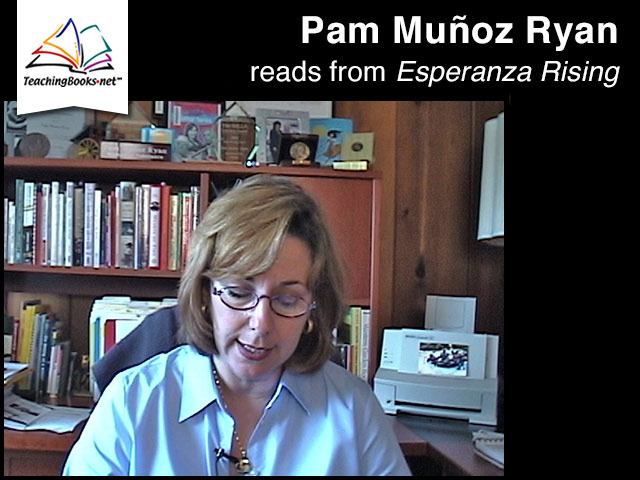 Created by Book Club for Kids