Armando and the Blue Tarp School

For the children living in a colonia near a large city dump, school is held... read more

For the children living in a colonia near a large city dump, school is held on a blue tarp spread on the ground. Teacher Señor David tells Armando and his friends that a school can be anywhere, and the children sit on the tarp as they study reading and math, sing songs, and play games. Armando must work beside his father at the dump, searching for discarded items to sell or use, and he wonders what he is missing at the blue tarp school. When his parents tell him that “learning is important,” he is thrilled to leave the dump early each day to return to Señor David’s classroom. The colonia is devastated when a fire sweeps through the dump, but the resulting newspaper article triggers a donation of money to build a school, and the blue tarp is exchanged for a small building with books and supplies. An informative authors’ note tells of this fictional story’s real-life inspiration: David Lynch’s school for children in a colonia of the Tijuana city dump. Vibrant watercolor and ink illustrations with white masking fluid outlines show Armando and his family and neighbors at home, work, and school. Several Spanish words are smoothly incorporated within the text, and listed with definitions and pronunciation guide in a concluding glossary. (Ages 5–9) 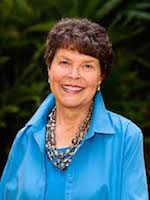