by Kate Banks and Isaac Millman

When ordinary third-grader Howie Bowles moves to a new house and a new school, he... read more

When ordinary third-grader Howie Bowles moves to a new house and a new school, he also takes on a new identity as Secret Agent Bean Burger. His detecting skills impress most of his classmates and gain him lots of attention, especially when he solves the Case of the Gum in the Drinking Fountain. Two people are critical of his guise, however: Mary Reily, a smart-alecky classmate who’s not impressed by anything and Mrs. Beagle, Howie’s wonderful teacher who really prefers ordinary third graders to secret agents. This easy chapter book deals with tough subjects like moving and popularity with humor and surprising depth. (Ages 7-9) 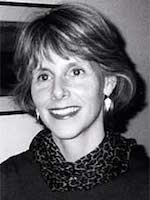