by Elise Broach and Kelly Murphy

On James Pompaday’s eleventh birthday, he receives two gifts that will forever change his life. The first is a pen-and-ink set from his artist father and the second is the start of an unexpected friendship. James has never been very artistic and he’s never had many friends, let alone one who is a common house beetle. Marvin lives with his entire beetle family inside the Pompaday’s kitchen cabinet. Unlike James, Marvin fancies himself an artist, and while James is asleep, Marvin can’t resist trying out James’s pen-and-ink set. The work he creates is a miniature masterpiece, which he leaves as a gift for James. Complications quickly develop as James is credited with creating the amazing work. The tiny landscape captures the attention of two curators at the Metropolitan Museum of Art, who marvel at its resemblance to the great works of Albrecht Dürer. A fast-paced art-history mystery unfolds and James and Marvin become calamitously caught up in an art-heist as intricate as Dürer’s (and Marvin’s) miniature prints. While Masterpiece is showcased as a caper its true colors shine as a story about the friendship between boy and beetle. Black-and-white line drawings by Kelly Murphy visually contribute to the plot. (Ages 8–11) 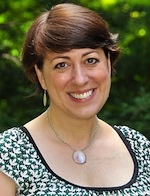 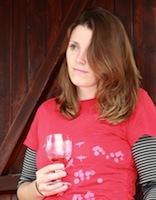 Blog for Kelly Murphy: Did You Drink My Beer?

Created by Book Trailers for Readers