In Charleston, South Carolina, in 1955, there were fourteen boys eager to prove their... read more

In Charleston, South Carolina, in 1955, there were fourteen boys eager to prove their worth on the Little League playing field. They were the Cannon Street All-Stars, the first all-black Little League All-Star team in South Carolina. The team became the South Carolina state champions and Southeastern regional champions, but by default. No white team had been willing to play them. The Cannon Street team was invited to attend—but not to play in—the Little League World Series in Pennsylvania that year. Allowed only a brief warm-up on the field, they had already won the hearts of a crowd that had read their story in the papers and a rousing chant grew in the stands: “Let them play! Let them play!” But they weren’t allowed to play. Forty-seven years later, in August, 2002, the team was welcomed back to receive the South Carolina Championship banner they’d never received. One of the Cannon Street players, now almost 60, stepped up to the plate and took a pitch, hitting a home run. He ran around the bases, “tears flowing down his face . . . for the boys they once were and the fine men they had become.” Margot Theis Raven’s stirring story recounts an episode from history that underscores the unfairness and injustice of racism, and illuminates the joy of triumph and change. (Ages 6–9) 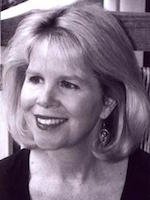