Francisco Jiménez continues his novelized memoir in this sequel to The Circuit... read more

Francisco Jiménez continues his novelized memoir in this sequel to The Circuit (Houghton Mifflin, 1999) and Breaking Through (Houghton Mifflin, 2001). Now at Santa Clara University, Francisco (or “Frank”) finds that all of the work he put into getting there make it hard for him to enjoy the pranks and silliness of senior class members when he first arrives. Instead, he devotes intense amounts of time to studying and assignments. Jiménez’s narrative style is easygoing and wholly engaging as he recounts his four years of college, during which he finds himself growing into a natural leader. At the same time, he wishes there were more he could do help his family, whom he has only physically left behind. College marks many turning points for Jiménez. He meets the woman he would go on to marry, he finds new affirmation for his own academic promise, and he discovers that Spanish-speaking language and cultures are a valued area of study. Perhaps most important, he decides to no longer hide his past. When he admits to a priest that his family initially crossed the border from Mexico illegally and he is not a U.S. citizen, it is like a weight being lifted. Jiménez is now a chaired professor of Modern Languages and Literature at Santa Clara University. In writing about his life while he was a student there, he is never preachy about either the challenges he faced or lessons he learned. Instead, it is genuine emotion that carries his storytelling, whether its frustration at the veiled racism of fellow students or, more often, genuine appreciation for the support of the family, friends, and strangers who helped him succeed. (Age 12 and older) 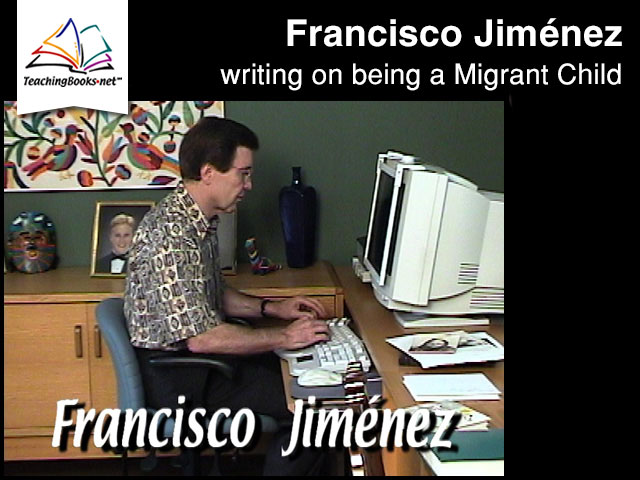 Meet-the-Author Recording with Francisco Jiménez about Reaching Out