What I Saw and How I Lied

“When Alice fell down the rabbit hole, she fell slow. She had time to notice... read more

“When Alice fell down the rabbit hole, she fell slow. She had time to notice things on her way down— Oh, there’s a teacup! There’s a table! So things seemed almost normal to her while she was falling. Then she bumped down and rolled into Wonderland, and all hell broke loose.” This observation comes from fifteen-year-old Evie, reflecting on her own fall from childhood to adulthood. The setting is post–World War II America, and young Evie is keen on everything returning to normal. Her stepfather, Joe, back from his station in Europe, has established a successful small business and it seems to Evie and her mother that they will soon be swimming in diamonds and furs. Joe adores Evie’s mother—a bombshell whose womanly ways Evie attempts to imitate even as her mother seems intent on keeping her a kid. When Joe whisks Evie and her mother off to Florida for a spontaneous vacation, they end up at one of the few hotels open during the off season. An undercurrent of tension between her mother and stepfather builds as Joe becomes focused on making a business deal with the husband of another couple at the hotel. Meanwhile, the arrival of a young man who served with Joe’s in the army has Evie in the throes her first big crush, so that she is blind to the signs that his appearance is more than coincidence and the attention he pays her may not be devotion. A novel of a girl coming of age and falling in love transforms into a film noir-like tale of passion and deception. Sins of all sorts—wartime treachery, false identities, infidelity, crimes of the heart—are carefully spun into an intriguing web of lies that Evie must unravel to decide where her own devotion lies. (Ages 13–16) 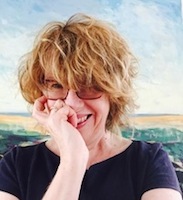 Created by The Ultimate Book Guide