The City of Ember

by Jeanne DuPrau • Book 1 of the Books of Ember Series

“In the city of Ember, the sky was always dark. The only light came from great... read more

“In the city of Ember, the sky was always dark. The only light came from great flood lamps mounted on the buildings, and on the tops of poles in the middle of the larger squares.” Twelve-year-old Lina Mayfleet doesn’t want to believe the outcry of her classmate, Doon Harrow, who says that Ember is failing—running out of food, running out of lightbulbs, running out of everything. She wants to believe the mayor when he says that Ember continues to prosper just as the city’s long-ago Builders had planned. But lately there have been more and more blackouts that cast Ember into impenetrable darkness at random times throughout the day, and the shelves in stores are growing barer and barer. Is there hope in the darkness beyond the city’s limits? No one knows—no one has ever been able to penetrate its depths. This futuristic fantasy casts Lina and Doon as its heros when the two become convinced an old, shredded, note Lina has found originated with the Builders and holds the key to the future for the people of Ember. Puzzling over the remnants of the message, they eventually piece it into a coherent whole that inspires them to risk everything they’ve ever known for the sake of their own and their fellow citizen’s survival. Author Jeanne DuPrau’s debut novel is part adventure, part mystery and part thoughtful exploration of human spirit and human nature. (Ages 10–14) 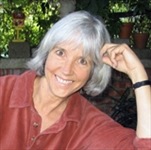