One Million Men and Me

Author Kelly Starling Lyons covered the 1995 Million Man March in Washington D.C. as a journalist. She was struck by the sight of a little girl “clutching her Daddy’s hand. Her eyes, big as quarters, glittered like diamonds. She walked like a little princess among kings.” That scene inspired this picture book, told in the voice of a small girl attending the march with her daddy. “Everywhere I looked, fathers and sons, friends and strangers, clasped hands in unity. Their faces filled with pride. Their hearts swelled with hope. I held my head a little higher.” Lyons’ brief, purposeful narrative captures the awe of a young child who is taking in everything she sees and hears and holding it in her heart. (Ages 4–8) 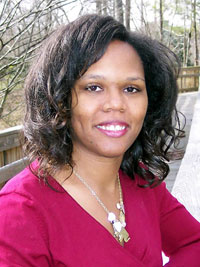 Created by Nancy I. Sanders

Created by Of Thoughts and Words

Lesson Plan from Just Us Books

Created by Just Us Books