Amani loves herding sheep with her grandfather, following her heart up the mountain... read more

Amani loves herding sheep with her grandfather, following her heart up the mountain each day. But the Israeli-built highway that her family and other Palestinians are not allowed to use is coming closer, and soon there are signs that a settlement is being built not far from where she takes the herd to graze. Amani’s heartbreak is compounded by the realization that her beloved grandfather is dying, while the arrest of her uncle, and later her father, by Israeli soldiers heightens her fear. Anne Laurel Carter’s fine novel casts a light on the experiences of Palestinians losing their homes, their livelihood, and sometimes their freedom as Israeli settlements expand on the land that Palestinians and Israeli’s alike consider home. Her narrative is built on rich details of Amani’s life in scenes that showcase the tenderness, tension, humor, and love that is part of being a family. While firmly rooted in the Palestinian perspective, the narrative offers insight into the mindset of the Israeli settlers, who believe their right to the land is God-given. It also showcases a variety of opinions among the Jewish people, including an American-born boy who has joined his father at the settlement. At first certain of their place there, Jonathan grows increasingly more uncomfortable, and then adamantly opposes the violence the settlers and army use against Amani’s family and town. There is also a rabbi, and later a lawyer, involved in the peace movement and offering legal assistance and support to Amani’s family and others. At the center of the turmoil is the coming-of-age story of a girl having to reinvent her idea of what her future will be. (Age 13 and older) 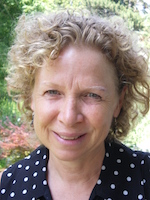