Six Innings: A Game in the Life

The boys who play for Earl Grubb’s Pool Supplies have made it to the league... read more

The boys who play for Earl Grubb’s Pool Supplies have made it to the league championship. Set during the six innings of the championship game, this short novel is framed and interspersed with scenes from the perspective of Sam, the one player not on the field because he has bone cancer. James Preller’s swiftly paced story follows the action and the experiences of Sam and other members of the team over the course of the six-inning game. The talented players hope to shine, the marginal ones hope they won’t embarrass themselves, and as the narrative moves from player to player, it becomes clear that not everyone is able to focus on the action. There is Sam’s best friend Mike, for example, who is trying to bridge the distance that Sam has put between them. There are dramas small and large in the lives of the players, and moments of high anxiety and sweet relief both on and off the field in a book offering plenty of baseball action along with a heartening story. (Ages 9–13) 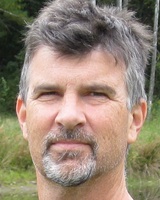