To the Big Top

by Jill Esbaum and David Gordon

The circus coming to town was once the pinnacle of excitement for children in many... read more

The circus coming to town was once the pinnacle of excitement for children in many small towns. Jill Esbaum captures the sense of anticipation and awe in a picture book set in the early 1900s. Benny and his friend Sam race the circus train as it rolls into the rail yard and are soon eyewitnesses to the hustle and bustle of activity. There’s even an odd job or two for them, hauling water and hay for the elephants that help raise the big top and setting up the bleacher seats under that canvas dome. They earn a nickel each and a pair of tickets to the show that will follow after the circus parade marches through town. Benny spends his nickel on a candy apple; Sam spends his on popcorn that he doesn’t want to share. The brief drama of a lost ticket is resolved with an act of friendship in a story that chronicles “the best day ever” for two boys. David Gordon’s illustrations contrast the dazzling colors of the circus wagons and costumed performers with more subdued hues depicting the people and buildings in the boys’ hometown and the hard work of setting up the circus. (Ages 4–7) 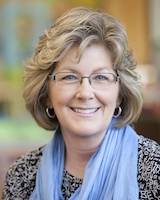 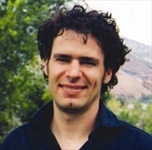