The Power of One: Daisy Bates and the Little Rock Nine

When nine African American teenagers integrated Little Rock, Arkansas’s Central High School in 1957, they were supported by many within their families and community. One of the key supporters and strategists behind them was a woman named Daisy Bates, a Litte Rock black newspaper publisher and activist who was president of the state NAACP. Daisy met with the students regularly throughout their first year at Central High, working to keep them safe, sane, and calm in an environment of constant danger, hostility and degredation. Judith and Dennis Fradin’s biography chronicles Daisy’s early years in a childhood marked by tragedy and injustice, and her growth into an activist as an adult in a biography that also presents a stirring portrait of those turbulent times when children were on the front lines of the battle for civil rights. The Fradin’s extensive research included interviews with many individuals, including two of the Little Rock Nine. (Ages 12–16) 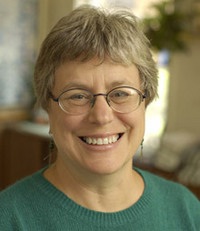