Twelve-year-old Dennis is fascinated by fashion. When he lets his appreciation for... read more

Twelve-year-old Dennis is fascinated by fashion. When he lets his appreciation for Vogue magazine slip out to Lisa, an older girl and aspiring fashion designer at his school, she invites him over to see her designs. It doesn’t take too much urging from Lisa for Dennis to try on her most recent creation. “He felt so happy that he wanted to dance.” The two hatch a hilarious plan for Dennis to attend school as Denise, Lisa’s French friend. Everything goes well until Lisa’s French class, when they realize that French is a language neither Dennis nor Denise can speak. The ruse revealed, Dennis is ridiculed by fellow students and expelled by the humorless headmaster. At home, his puzzled and angry father confiscates the only picture Dennis has of his mother, who left two years before. But more than one surprising turnabout is in store. Dennis’s genuine pleasure in cross-dressing is sensitively portrayed in a story that is over-the-top and tender, and full of quirky, entertaining characters and absurdly enjoyable scenarios, including a climactic soccer game in which Dennis and his teammates storm the field in drag. Illustrations by Quentin Blake capture the blithe spirit of David Walliams’s refreshing debut. (Ages 9–13) 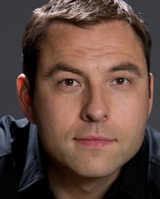 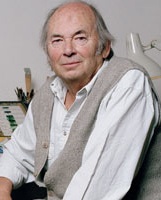 Part 1 of interview with David Walliams

Part 2 of interview with David Walliams

Created by Web of Stories

Lesson Plan from The Telegraph