Candy Bomber: The Story of the Berlin Airlift's 'Chocolate Pilot'

In 1948, U.S. Air Force Lieutenant Gail Halvorsen was one of the many pilots who... read more

In 1948, U.S. Air Force Lieutenant Gail Halvorsen was one of the many pilots who ferried food supplies into blockaded West Berlin during the Berlin Airlift. A group of inquisitive German children gathered near the landing strip inspired Lt. Halvorsen to offer to drop gum and candy out of his plane on his next flight. The drop went off as planned, in small packages suspended on handkerchief parachutes. After a few more drops, the group waiting for the bounty from the sky grew, and mail (some in thanks, and others requesting specific delivery locations) began to arrive at the airport, tipping off Halvorsen’s superiors to his unsanctioned activities. Realizing the possibilities for positive publicity, the Air Force gave Halvorsen official orders to continue, and the project grew so large that additional staff was assigned to manage the correspondence from recipients, requests for candy, and contributions from individuals, organizations, and candy manufacturers in the United States, all eager to be a part of Operation Little Vittles. Years later, Halvorsen still receives letters from German adults recalling the candy drops of their youth, and reunions and reenactments have taken place. The account of the Candy Bomber is generously illustrated with photographs and reproductions of letters sent by candy-seeking children. (Ages 9–14) 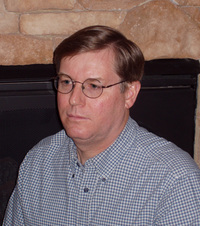